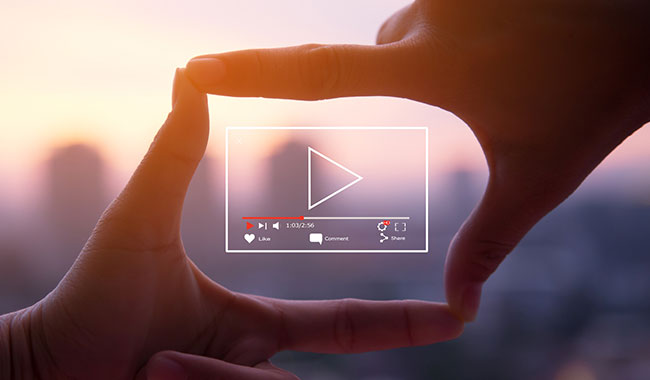 If your brand is only just starting to look into video production for social media, you may easily overlook that social networking is hardly the ‘new-fangled thing’ anymore. Indeed, there are teenagers growing up today who have never known a world without Facebook, which was – after all – founded way back in February 2004.

Indeed, far from having seen its best days, video is maturing beyond being a supposed ‘fad’, to the extent of becoming the type of content that users actually prefer to consume.

Research has indicated that by next year, video will account for three quarters of mobile traffic, as well as 82% of Internet traffic in general. Videos are also shared on social media a whopping 1200% more than images and text combined, and 64% of consumers say they are more likely to buy a product after watching a video about it.

These are hardly statistics that suggest video will relent in its relevance on social networks anytime soon – indeed, it looks set to simply become even more integral to what social media is.

2. Many people are actually turning away from social media

In contrast with the escalating prominence of video, social media itself has unfortunately been associated with more than a few negative phenomena in recent years – to such a degree that many social media users are now making conscious decisions to ‘detox’ from it. A third of UK adults, for example, are now reducing how frequently they use social media.

Such a trend has been blamed on a number of factors, including the scope that social media has to cause addiction and sensory overload, as well as privacy and data concerns and the lack of trust that people have in the veracity of what they see on social networks – the notorious ‘fake news’.

Will this make video production for social media a less advisable investment for your brand in 2020? No, it won’t – after all, social media is continuing to grow across the globe, with the almost 3.5 billion social media users now recorded around the world actually representing a 9% increase on the previous year.

It does, though, highlight the importance of your brand producing content that doesn’t add to the problems inherent to so much of social media today. In short, your focus needs to be on creating genuinely high-quality and meaningful video content that inspires your social media followers, and which they feel they can trust.

3. People’s perceptions of influencers are changing

If you are thinking of utilising influencers for your video production for social media, but are deterred by the sheer cost of the services of the biggest influencers, the evolving nature of our relationships with influencers should give you some reason for hope.

Influencers have come to be seen as a standard part of the social media landscape, with established benefits for brands. However, many influencers have also gained a reputation of being somewhat disingenuous and inauthentic in their recommendations.

A healthier focus for your video production for social media in 2020 may therefore instead be the somewhat smaller, locally-oriented influencers – sometimes referred to as ‘nano influencers’ – who are likely to be much more trusted by your target audience than major celebrities.

Would you like to have a more in-depth conversation with our video production professionals on how your brand can get its video marketing campaigns ‘just right’ in the months ahead? If so, the TMC team would be delighted to discuss your requirements when you contact us.

Kate Flynn
I had the pleasure of filming with Richard and the team at The Marketing Cafe for two days, working on a video for a high-end residential property. The whole team are very professional and a pleasure to deal with, we were very pleased with the end result.

Nik Madan
The Marketing Cafe provides an exceptional service, taking time to consult with their clients to understand what one is trying to achieve, whilst offering guidance and professional advice throughout. I cannot recommend them highly enough.

Steven Akerman
Absolute pleasure to deal with along with a fantastic product. Would highly recommend.

Natasha Jackson
Absolutely thrilled with the work produced by out team at The Marketing Cafe. Managed our complex needs without any issues. Highly recommend them.

Adrian Farr
Great dealing with TMC. They are highly professional and easy to deal with and delivered on time and budget.

Simon Hobbs
Have always found Richard, Ian and the team to be creatively excellent, highly professional and great to work with. Could not recommend them more highly.