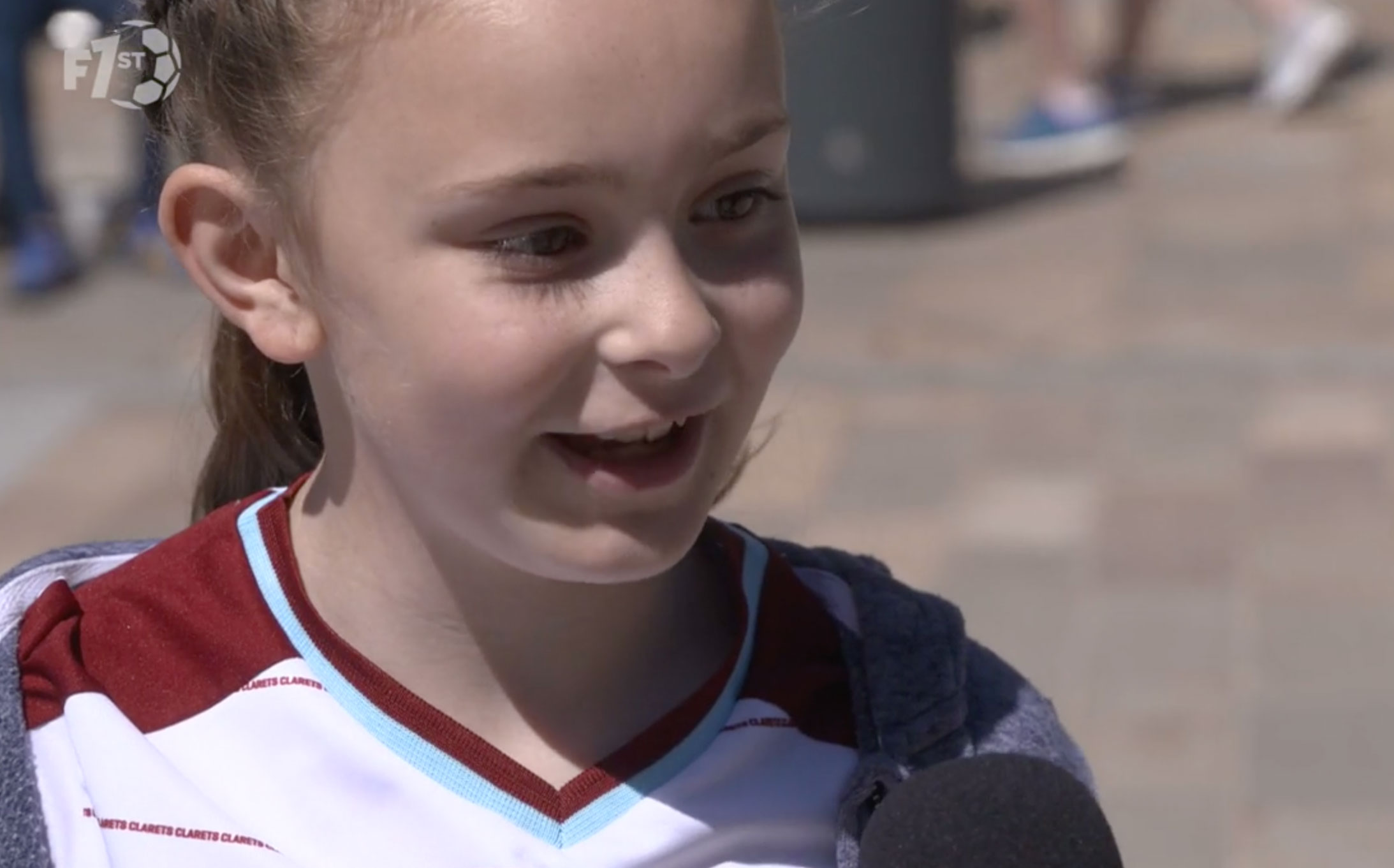 Fans First wanted to gauge the opinion of Burnley fans following the successful 2017/2018 season. The fans delight at the team coming 7th in the league and qualifying for Europe is clear to see in this production. The video gained a significant engagement across social media platforms, as well as being shared by Burnley FC.

Fans First commissioned a video for their growing audience to capture the thoughts from Burnley’s fans on the events of the football season. This video puts Burnley FC fans at the heart of the conversation on how the team performed throughout the season. Video production with vox pops of Burnley football fans giving their opinion on the team performance.

With vox pops used, TMC show in this video production their ability to successfully interview people on the street. As well as the vox pops which were filmed in Burnley town centre and at Burnley’s stadium we captured a number of cutaway shots. Many of the cutaways were filmed at 50 frames per second in full HD for smooth slow motion.

"The video looks great, we’re really pleased with how it turned out and how powerful the messaging is. Thank you again for everything and for getting this out so quickly for the team to use at their meetings this week, it was greatly appreciated."

Fans 1st – Filmed and produced in association with themarketingcafe.net | BRAND VIDEOS SERVED HOT
We love you Burnley // 2017-18 Season Fans Reaction
“I would say that everything has blown everybody’s minds. All the results, the performances, brilliant. Everybody’s played the part.”
“It’s been absolutely incredible.”
“Couldn’t imagine when we started in August that we’d end up in Europe.”
“Fantastic, fabulous, you name it. Absolutely brilliant.”
“It’s been absolutely marvellous. We’ve had a great season, great football, great team spirit and the fans have enjoyed every minute of it.” “I think they’ve done really good.”
“When you recognise where we’ve come from, you know nearly going out of like the football league to being seventh and being in Europe.”
“Fantastic.”
“Amazing. Brilliant season.”
“Exemplary I think is the only word you could use. I’ve been a Burnley supporter for 60 years and never seen anything like it. Really, really fantastic.”
“I feel better than last season, I have to admit that.”
“Getting to Europe, that’s… What an achievement. And have money in the bank.”
“Yes, it’s a good season and we stay together for the party.”
“Couldn’t ask of any more. We’ve been to every game virtually, me and the lad all the way. Can’t ask for anymore, they’ve been tremendous, an absolute credit to the club, everybody.”
“In 1967 watching us play Napoli as a 10-year-old, and then going right down to the depths of seeing us lose at places like Halifax, York, Crewe, all these places – Darlington – and now, it’s just, It’s absolutely unbelievable. My boys, my teenage boys, have only ever seen Burnley in either the Premiership or top of the championship, so they’re not damaged yet, are they? Like me.”
“Brilliant, absolutely brilliant. How could you fault it? We were also at the Chelsea away game – the first game of the season, I actually got on my phone the 3 – 0 score at half time. It was brilliant, and it’s just continued on. It’s been fantastic.”
“Season started 4th from bottom, 5th from bottom and we’d have been happy. Top half, couldn’t believe it but to finish seventh, yeah, incredible.”
“Surpassed all expectations. Great group of players but, let’s be honest – what a manager, Sean Dyche, an absolute legend.”
“It’s not something I expected anyway, I expected us mid-table because I think Sean Dyche and the lads have got it together. They know exactly what they’re doing, it’s good business is Burnley Football Club. So I did expect an improvement on the season before but round about mid-table, but this has been absolutely fantastic.”
“I think it’s been beyond expectation, completely and absolutely, just to stay in the premier league would’ve sufficed, but to go into the Europa league is absolutely unbelievable, it really is.” Fans 1st – Filmed and produced in association with themarketingcafe.net | BRAND VIDEOS SERVED HOT