Testimonial video for One Year No Beer showing how they improved Justin's life. 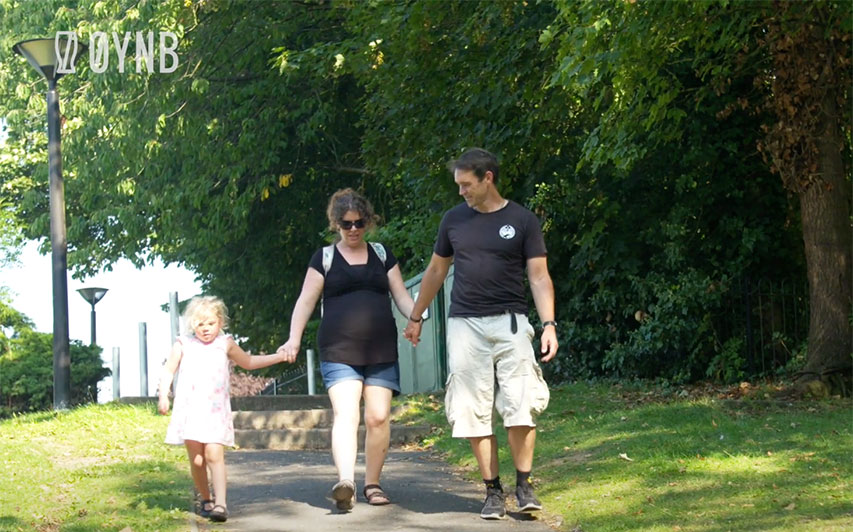 Testimonial video for One Year No Beer showing how they improved Justin's life.

One Year No Beer is a company who challenge and encourage people to stop drinking alcohol. They provide members with support and advice in order to help them regain their lives.

OYNB contacted TMC with a vision of doing a series of testimonial videos to promote their business.

Justin is a member of the One Year No Beer challenge who was drinking every evening to cope with the grief of losing his son, brother and mother. He wasn’t spending much time with his kids due to his need for alcohol.

Upon researching we found a lot of video content already and were happy to enhance and compliment what they were already producing.

This video is documenting his experience of how OYNB has totally transformed his life. We wanted to show the impact OYNB have had on not only him but his wife and kids too.

We wanted this video to show how much of a difference giving up alcohol can have on every aspect of your life.

"The video looks great, we’re really pleased with how it turned out and how powerful the messaging is. Thank you again for everything and for getting this out so quickly for the team to use at their meetings this week, it was greatly appreciated."

Justin: Alcohol tends to hold me back, it’s like putting a handbrake on. It slows me down, it means I don’t give my best and I want to be my best. I want to be there for my children, if there’s a phonecall in the middle of the night, and one of my kids rings me up and says, “Dad, I need you to come get me from somewhere”, I’m going to be able to say alright, I can get in the car, I can come pick you up now. I don’t want anything holding me back from being a fantastic dad, a great husband for my wife, and a great athlete for myself.
Justin’s Story
Justin Jones: In terms of how much I was drinking on a daily basis, it would probably be maybe a 4 pack of strong ciders. As time went on, I found I was drinking more, I was maybe drinking up to six.
Lucie Jones (wife): I remember being a bit annoyed to see the bottles when I was doing the recycling. I thought ‘that’s a lot!’
Justin: Being aware that I would have to get up for work in the morning, I was trying to drink enough to get the numbing or the buzz and still be able to function the next day. I was trying to be high functioning, but the trouble with trying to be high functioning is your function goes down over time.
Lucie: Justin joined One Year No Beer because I think he needed to have his life back in control. He had a very traumatic time back in 2016, we lost our son, he lost his brother and his mother all in the same year and he used alcohol a lot to cope with his grief.
Justin: I made a commitment to myself, I wanted to take a real break, and I felt that being involved with One Year No Beer if I’m accountable to somebody, I’m actually more likely to follow through with this.
Lucie: I think he got lots of tips through the One Year No Beer programme. Even when we went to a wedding in France and there was lots of alcohol, he was not touching anything.
Justin: In the early days I did have cravings. I used alcohol-free beers and ciders and that was enough for me. After a while, I didn’t miss the alcohol. I certainly didn’t miss the hangovers. I lost just under 2 stone. I’m a lot less anxious these days.
Emma (eldest daughter): I think he seems happier. He’s more relaxed about everything.
Justin: I’m a lot less grumpy, and I found I was getting back a lot of the best parts of me in terms of who I am as a person. I’ve certainly noticed I’m a lot calmer with my children these days.
Eleanor (youngest daughter): He does lots of tickle fights with me.
Lucie: He’s more present, he wouldn’t use his phone as much as he used to. He’s a better example for them as well. When he takes them to the playground, he will do some exercise himself, so they want to do exercise themselves.
Justin: I want to look back and say I spent time with my children when they were growing up. I had a positive influence on my kids. I was the best dad that I could be. There’s more to life than drinking alcohol. You’re not giving anything up by taking on this challenge. There’s no missing out. There’s so much more to gain.
Lucie: He’s really trying to make the most of his life now. Where I think he was so depressed that we didn’t really know where we were going.
Justin: I’ve tried to give up on my own and failed many many times. The support that One Year No Beer offers and that connection with other people is really the big difference that meant this time I succeeded in changing my relationship with alcohol.
Lucie: I am thankful of One Year No Beer for making my husband happier.
Ready to live your life better?
OYNB oneyearnobeer.com