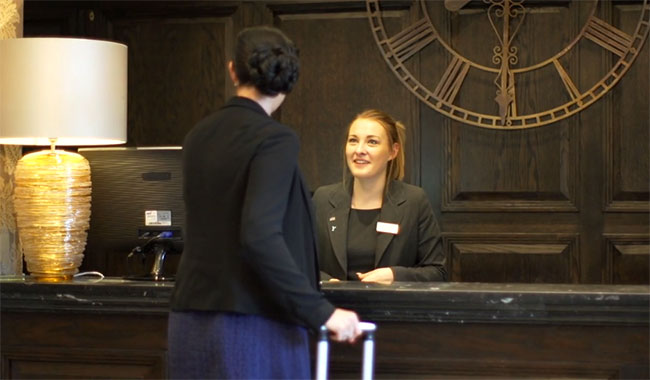 As alarming as it can be to see your hotel’s reservation numbers gradually decline as we enter the current, traditionally quieter time of year for many such firms, there’s no need for you to be resigned to this. Indeed, it could be crucial to your accommodation business’s survival to apply the creativity and determination needed to boost off-season bookings.

Certainly, close work with a trusted video marketing agency in Glasgow, Edinburgh, London or wherever your hotel happens to be, can be instrumental in achieving this. So, here are some of the steps we would advise you to take through your marketing videos during the off-season.

Make the off-season central to your hotel’s imagery

It might sound like obvious advice to suggest that you create videos specifically dedicated to the merits of your hotel as an off-season destination. However, great numbers of such businesses focus to too great an extent on promoting themselves purely as a place to come during the peak season.

If you signal to the world that your hotel is only much interested in peak-season travellers, without any references to off-season activities and amenities, you shouldn’t be surprised if your target audience begins to see your hotel as only worthy of consideration for a few months of the year.

Is your hotel just 10 miles away from a country house or museum that people may be interested in visiting during the off-season, when outdoor conditions don’t lend themselves to a beach break? Or maybe there’s a certain music festival, comedy gig, parade or sporting event that takes place every year in close proximity to your hotel?

If so, don’t hesitate to make the convenience of your hotel as a place to stay for such attractions, events and things to do an explicit part of your video marketing. Perhaps, if you can establish such links, you could even offer discounts on tickets or other special offers for those who book a room with you specifically for a particular attraction or event?

Who are the customers that your hotel already attracts during the off-season? There’s a good chance that they won’t be quite the same people who stay with you in the summer months.

The peak season for hotels tends to see the likes of young families and couples making bookings to enable them to unwind during their time off work and school. During the off-season, however, your business will probably receive reservations largely from business travellers and bargain-hunters who are also attempting to avoid peak-season tourist crowds on their next city break.

Different types of customers naturally have different preferences and needs, and this ought to be reflected in your hotel’s promotional videos. A business traveller, for example, might only stay once, for one or two nights in total. As a result, flexible checking and meal times and 24-hour airport transfers are likely to be of much greater appeal to them than a loyalty scheme.

There’s no need to consider any other agency

Is your hotel presently making the most of the power of video for cultivating the interest of those who might be attracted to stay with you outside the busiest months?

If you have any doubts about this, you are welcome to talk to the TMC team about how our video marketing agency in Glasgow can produce the most compelling, relevant and useful videos for consumption by your target audience.